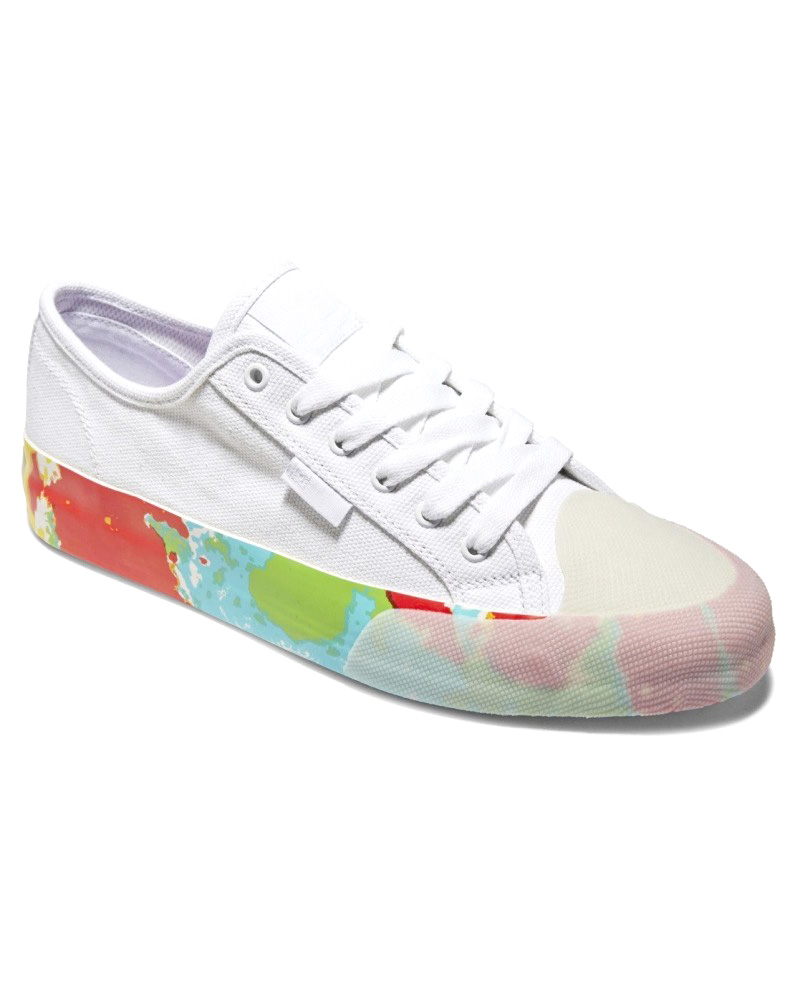 True to his style, Evan Smith has added a unique touch to the Manual RT S. The colorful SUPER RUBBER ™ outsole perfectly matches the immaculate white of the SUPER CANVAS ™ upper. To add a touch of protection to the board and facilitate your flicks, Evan has added a plain rubber tip.

DC Shoes is a US company specializing in extreme sports footwear, including skateboarding, snowboarding, BMX, motocross, rallying and surfing; He also specializes in snowboards, T-shirts, jeans, hats and jackets.

The company was founded in 1994 and is headquartered in Vista (California). The name DC originally meant "Droors City Footwear", but later became simply DC Shoes

5 other products in the same category: